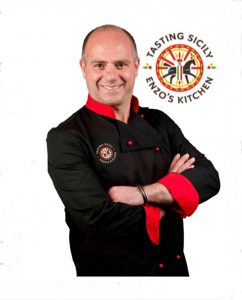 L’Ova Murina is a typical sweet of Sciacca, a big town in the province of Agrigento. It was invented around the 1600 by the nouns of the convent Badia Grande, as a genial summer replacement for the famous “cannolo” which was not made during the hottest months when the required ricotta was not produced. Ova means eggs but it is not clear where Murina comes from. Somebody say that it comes from murena (a Mediterranean fi sh) because of the form, others think that originally the name of the sweet was “Ova moresche” because the Moors (the Arabs) brought to Sicily many of the necessary ingredients for this dish.

Whip the egg yolks for about 10 minutes. Bring until stiff the egg whites with a pinch of salt. With the help of a wooden spoon, add the two compounds by mixing very gently from the bottom up. Add almonds, toasted and coarsely chopped, cocoa and cinnamon. Let stand in the refrigerator for six hours. Meanwhile proceed with the preparation of the cream. In a saucepan, melt over low heat the pumpkin in milk, stirring, other ingredients. Cook for six minutes, pour into a bowl and let cool completely. He spent six hours, resume the preparation of eggs and with a small ladle pour a bit ‘on a pan of iron buttered. Spread it over the whole base and with the help of a knife to ﬁsh coated an appropriate amount of cream. Wrap on it the batter and cook for about four minutes. Serve the pancakes hot, with a dusting of icing sugar and cinnamon. Enjoy! 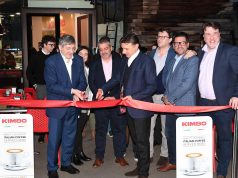 Delicious neapolitan coffee in the beating heart of London 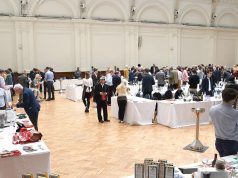 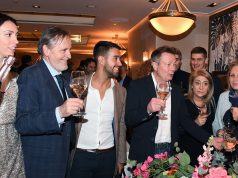