The Italian Chamber of Commerce and Industry has appointed Sabrina Corbo and Rocco Forte as Vice President, completing its internal reorganisation.
The governance structure, which has been approved with the new statute, includes an Executive Committee supporting the new General Secretary, Verena Caris and two Vice Presidents.
President Alessandro Belluzzo welcomed both partners: “I am very pleased – he said – to give my warmest welcome and recognition to the two new Vice Presidents that will be in charge of reviewing the organization of the Chamber from this moment onwards. I would like to thank them both for accepting this important duty promptly and I am confident they will successfully contribute to the activities of the Chamber. Surely, they come from very important and relevant backgrounds for both the Italian and British economy. Thus, the Chamber will greatly benefit from their contribution in terms of experiences, know-how, networks and new projects.”
Sir Rocco is greatly supportive of his new role: “I’ve been working for the Chamber for several years now and I’m honoured to accept the role as Vice President. All of my efforts will go towards the President and the activities of the Chamber, especially in these difficult times.”
Sabrina Corbo is aware of the forthcoming challenges of the United Kingdom she will be facing: “I’m honoured to receive this role that marks a new beginning for the Italian Chamber of Commerce and Industry for the UK. Especially in difficult times like these, it is even more important to contribute to a greater international recognition of our industrial and entrepreneurial community in the UK and in Italy.”
After being reorganised, the Chamber is planning to increasingly involve the Honorary Councillors in order to improve the efficiency and support of the activities.
The two new Vice Presidents are important players in the London’s anglo-italian community.
Sir Rocco Forte, Rocco Forte Hotels Chairman and son of Lord Charles Forte, founded the family luxury hotel chain in 1996. At the moment, the company is actually among the major European tourist destinations such as London, Edinburgh, Bruxelles, Florence, Rome, Sicily, Monaco, Frankfurt, Berlin and Saint Petersburg. In 1994, sir Rocco Forte was appointed Knight for his services provided to the tourist business in the UK; in 2005 he received the Knight Grand Cross of the Order of Merit of the Italian Republic, the highest distinction in Italy, for his entrepreneurial achievements and the strong tie to Italy. In addition, he was also President of the British Hospitality Association between 1991 and 1996.
Sabrina Corbo, Founder & Executive Vice President GREEN NETWORK GROUP, has past experience in several international law firms. Together with her husband, she founded Green Network SpA in 2003 in Rome. After her initial success in the Italian market, in 2013 she decided to launch Green Network UK Plc, followed by Green Network Energy Ltd in 2015. This was the first Italian company supplying energy and gas to both the public and private in the UK. In addition, she was appointed Knight of the Order of the Star of Italy for her strong commitment in maintaining friendly relationships between the United Kingdom and Italy. 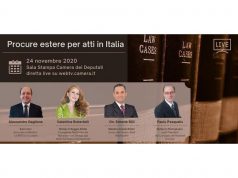 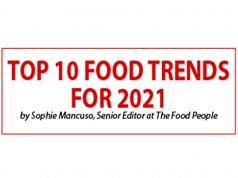 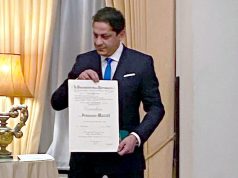 ITALIAN CHEFS IN UK PREPARE FOOD FOR PEOPLE IN NEED IN OCCASION OF THE...