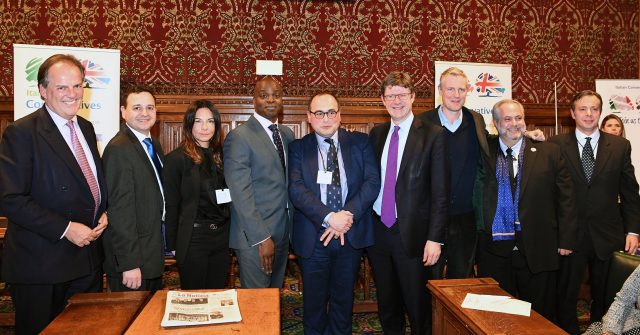 At its annual meeting, which took place the 14th of March at Westminster, the British Italian Conservatives Group (BIC) thanked its president – the MP Alberto Costa – for his staunch defence of the rights of every European living and working in other countries within the community.

In February Costa resigned as Private Parliamentary Secretary in the Scotland Offi ce in order to be able to propose an amendment to safeguard the interests of the European living in Uk and of the Britons living in Europe no matter what, also in a case of a Brexit no deal. The British government later did back up Mr Costa’s amendment but the European Commission rejected it because of its hostility to partial or sectorial agreement.

The meeting of the Group, created for strengthening the relations between Uk and Italy, was opened by Maurizio Bragagni, the BIC Chairman, who thanked Costa and then the Prime Minister Theresa for her ‘great encouragement and recognition of the British Italian Conservatives”.’

Costa set aside the recent bluster surrounding his own Brexit amendment and once again reiterated his support for the controversial May’s Brexit deal. The Secretary of State for Business, Energy & Industrial Strategy and BIC’s primary patron, the MP Greg Clark, spoke about the BIC’s ‘formidable’ hard work and stressed the strength and determination of the UK’s Italian community. Furthermore, he foresaw a strong future relationship with EU members for commerce, business, and industry. He also emphasised the valued collaboration between the best British and Italian universities.

The MP Zac Goldsmith described BIC as a ‘magical organisation’ which has become one of the closest allies of the Conservative Party. Of Alberto Costa he said: ‘There are not many government ministers who resign on principle and he resigned on a really important principle.”

Mark Field, Minister of State for Asia and the Pacific , spoke about the bleak prospects for a post-Brexit Britain but nonetheless tried to see the possible opportunities of the Brexit.

Alessandro Motta (Deputy Head of Mission, Italian Embassy in London) added that the Embassy would be carefully observe all the developments as Britain readies itself to step away from Europe. Referring to the British Italian Conservatives, he said according to one account of the meeting: “We’re very close and we’ll try to support you as much as possible. You play a very important role actually also in helping us in strengthening the relations between our countries.” The BIC event was also attended by Leonardo Simonelli (President of the Italian Chamber of Commerce in Uk) , Marco Boldini (Honorary Consul for Italy in Liverpool), Lord Nicholas True (newly appointed Patron for the British Italian Conservatives), the members of the BIC’s Executive Committee Marco Borlenghi Fasano and Sara Gezdari and the activists Franca Buongiorno, Gianni Ferrari e Rifat Licat. 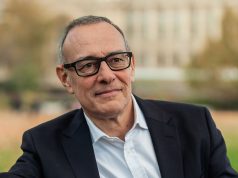